Assault Events worked with Tinderbox Theatre Company during ‘Total Theatre’–two weeks in which three different companies (Tinderbox, Theatre Abandon, Assault Events; supported by ACNI funding) worked with a troupe of 10 incredibly skilled performers on three completely different pieces. The performers had a range of comfort zones, some were mainly actors, some dancers, some musicians, but by the end of the two weeks, you wouldn’t be able to discern their original specialties because of how they had grown as individuals and together as an ensemble.

This development week gave an opportunity for Assault Events and me to develop, by chance, one of the ‘Dirty Evangelica’ characters that had been just on the periphery of Sandie’s mind so far, and who I hadn’t written anything for–Trainer Boy.

Sandie had brought a gorgeous book about all different kinds of trainers to the studio. It made me think about the prevalence of high heeled shoes on drag queens in NYC clubs, and trainers/sneakers in street culture. It’s about persona, status, territory, turf.

On the floor, Sandie gave Stevie and Patrick the concept of ‘ice cream headache’ to work with, which turned into this: 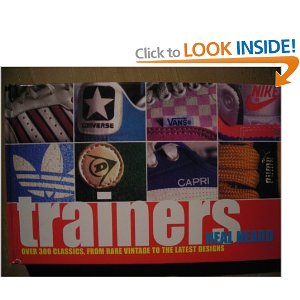 I saw a volatility in the relationship Patrick and Stevie had created.

Hanna asked me to give them a word to layer on top of the movement; the explosive ‘Pop!’ came to mind. These, combined with the context of status and sneakers in the clubland of Dirty Evangelica, led to a clearer relationship of the characters and their motivations:

Then I went away and wrote a few lines of dialogue–short, condensed lines to go with the precise (and busy) movement.

Here is a montage of clips from Dirty Evangelica’s development week during Total Theatre, where you can spot Stevie and Patrick as the Trainer Boyz, as well as other Dirty Evangelica characters.

On a trip to Boston with colleagues from the LINK Initiative (University of Ulster/Arts & Business NI), I visited Boston Center for the Arts and was introduced to the PERFECT venue for Dirty Evangelica– the Cyclorama:

(All I need is at least $5,000 to rent it for a night (undressed). And funds for the international tour. No problem.) 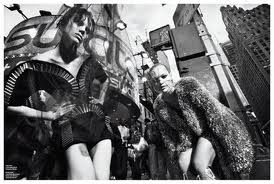